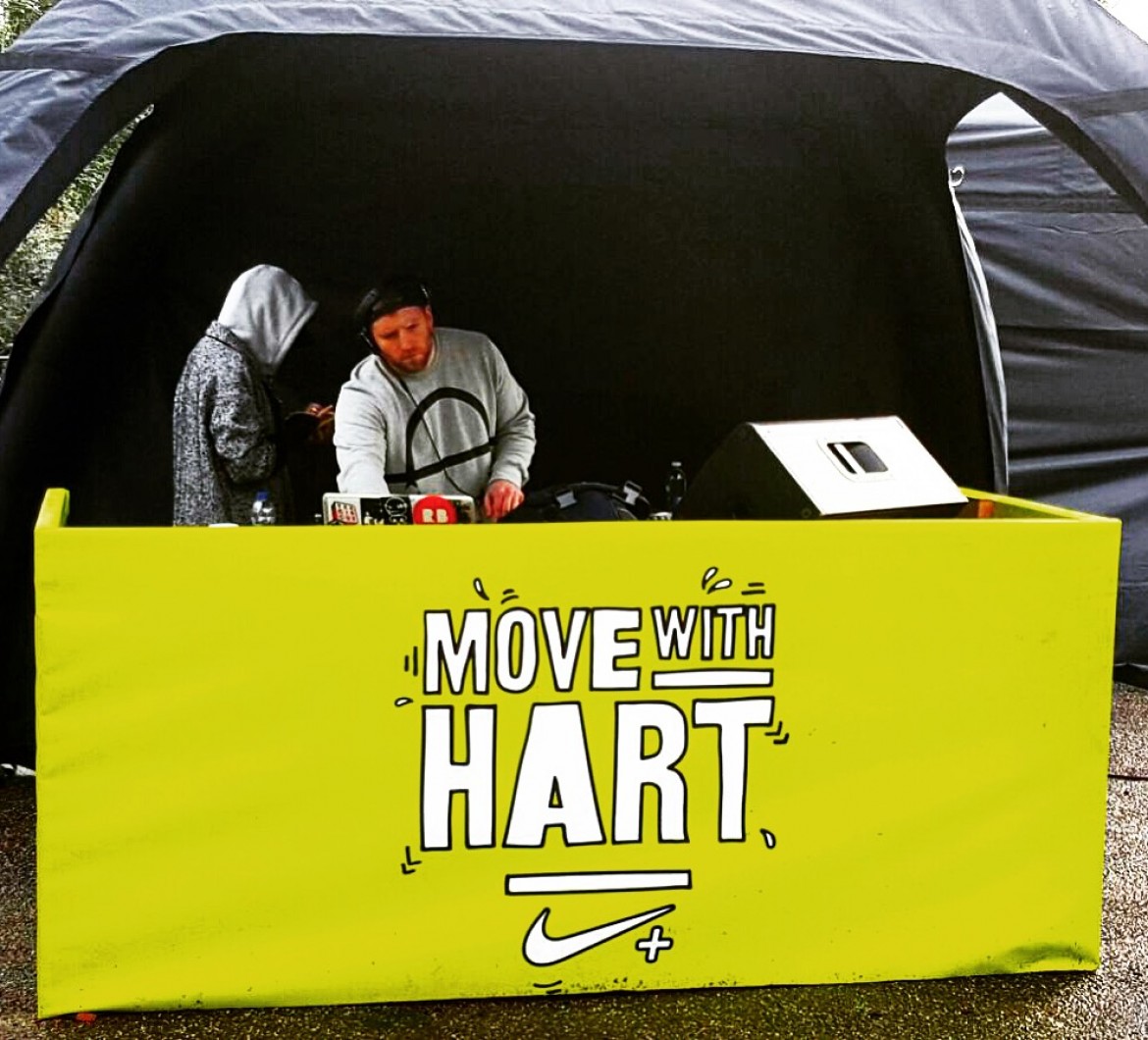 Our team had the exciting opportunity to set the stage for the American actor and comedian, Kevin Hart, on his revolutionary running spree in partnership with Nike. Held in Battersea park, London, we set up the branded, striking black and yellow DJ booth and stage for the event to enhance the experience for all the runners taking part.

Known for his roles in films such as Ride Along and The Wedding Ringer, Kevin Hart began spontaneous 5k runs with the public around American cities last year. His motivational and supportive challenges with runners at all levels, from first timers to Olympic athletes, gained huge momentum and sparked a fitness movement that brought people together to better their lifestyles. Using the power of social media, Hart wanted to inspire people and share in their triumphs towards a healthy living:

“My goal was to simply bring people together. Once people started coming out in the thousands, it made me see the true potential in the platform that I created. That’s when my eyes were opened to how huge and global these runs could be”.

The success of these fun and communal events hosted by Hart, led Nike to join the ranks, making the unofficial runs more structured. With the Nike+Run Club, the 5k #runwithhart went global, where runners could receive guidance from the expert NRC coaches. In Hart’s UK session, the excitement from runners and their spirits were high. We set up the DJ Booth which heightened the fun and lively atmosphere for those taking part and geared people up for the run. For the end of the 5k challenge, we also set up a platform stage with the signature ‘Move With Hart’ backdrop for people to celebrate their success and take photos to share online.

Both the vibrant booth and stage reflected Kevin Hart’s flamboyant character and the fun spirit that he wanted the events to embody. The stage had a high platform with the renowned Nike+ branding, to allow the people who took part to feel proud of their progress and their personal achievement – it represented a physical marker of success and created a memorable experience they could share with others.

We were happy to help shape this event and the experience it created for the public, Hart and the NRC, as a movement “making history” for people striving to become a better version of themselves.

If you’d like to find out more about our projects or you’d like to discuss requirements for an upcoming event, please feel free to give us a call on 020 8683